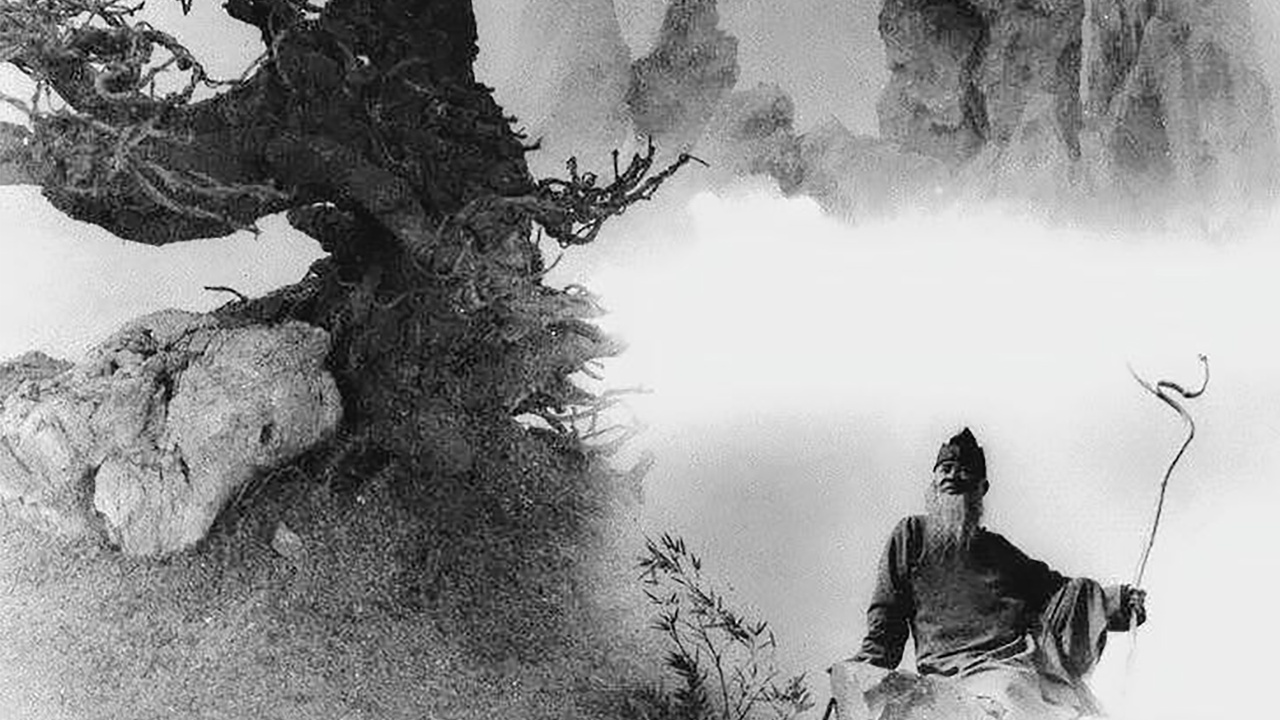 is the generative energy that gives birth to heaven, earth, and human beings.

It contains all patterns, and is present at all times.

This is what is called the Source Progenitor of Essence and Life.

Those who keep aware of this are Enlightened Sages - Immortals -

those who ignore it are Ordinary People.

* Liu Yiming – 劉一明 – (1734–1821) - was a Chinese Taoist, philosopher, and writer. He was one of the main representatives of Taoist Internal Alchemy, or Neidan – 內丹術 – Neidan is an array of esoteric Taoist doctrines, physical methods, mental training, and spiritual practices that Taoist initiates use to prolong life, enhance vitality and create an Immortal Spiritual Body which is not limited or bound to the physical realm.

- Yuan Qi – 元氣 - We may think of this as: Original Energy, Innate Energy, or the Primordial Energy.  Yuan Qi is that which we had before we were born. The Energy we were, before our existence took place, is Yuan Qi.  Yuan Qi is Primordial, Prenatal, and Innate. It also exists externally as the intrinsic and inherent nature of the entire universe. Cultivation of Yuan Qi is an Integral Stage in Taoist Inner Alchemy Meditation. First we create the condition of Union of Mind Will in the Lower Dantian, Opening the Meridian System, and Refilling our Lost Essence Energy 'Jing'. During this process, as our Heart becomes more quiet and still, we will begin the Cultivation of Yang Qi - this is often referred to as the Harvesting of External Medicine. Yang Qi arrives on the scene by it's own nature, attracted to the conditions we created within our body and mind. Over time, the Cultivation of Yang Qi leads us to contact and connect to the Yuan Qi.  As we Cultivate Yuan Qi we begin to turn and face the direction of the Great Tao. This is not a linear or forward progression of development - this is a process of Changing Course, and Retracing our Footsteps back to the very Beginning.

Moving in a Reverse Direction - Returning to our Original Nature....

- Qi - 氣 - We may term Qi as our Life Force Energy. Qi has a deep relationship with our physical breathing, but Qi is not our Breath. We may understand Qi Energy is that which lies opposite to our Physical Breathing. Qi can be viewed as something hidden, unseen, and subtle. Qi is much like a spiritual force that has consciousness, awareness and intelligence. To understand this idea, we may simply look at Nature. Nature does, and follows its own way, we do not need to guide, or direct a flower to grow. The flower simply follows its own nature. The flower does not have an 'idea' to try and be a flower - a flower simply is. Qi gives birth to all that is, was, will, or could be. Qi is that which is behind the movement of the seasons, that which illuminates the brightness of the Sun. Qi is the force which governs the movement of the entire Universe. Qi also governs all aspects of our Human Life.

All of life, matter and existence are simply manifestations of Qi.